Allergens such as milk, eggs nuts and other allergens can be in alcohol drinks. My concern is not only for adults with food allergies, but for the parent who has a small drink with their spouse after dinner, then kisses their child good night. Always drink responsibly. List of drinks that contain nuts link

From Allergy Bureau
"Opinion of the Scientific Panel on Dietetic Products, Nutrition and Allergies in relation to permanent exemptions from allergen labelling

The Scientific Panel on Dietetic Products, Nutrition and Allergies of the European Food Safety Agency has recently released opinions on the likelihood of individuals suffering allergic reactions in relation to a number of processed foods. The Panel considered it “unlikely” that cereals, nuts or whey used in distilled spirits would lead to severe allergic responses. A similar conclusion was reached for vegetable oils-derived phytosterols and phytosterol esters from soybean and for natural tochopherols from soybean.

It was considered “not very likely” that wheat based maltodextrins or wheat of barley starch based glucose syrups would cause severe allergic responses. None of these products were determined to be of concern to coaliacs, provided the concentration of gluten considered by Codex Alimentarius for foods rendered gluten-free is not exceeded. It was also considered “not very likely” that isinglass would trigger an allergic response when used as a clarifying agent in beer.

The panel considered that milk and milk products used in winemaking may trigger allergic responses.

The panel was not able to draw conclusions in relation to fish gelatine and isinglass used in winemaking, or mustard seed oil due to the paucity of data." 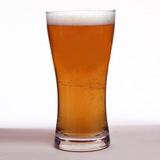 From FAAN Whats in Your Drink
"Food allergens such as tree nuts and milk are found in many cocktails. Wheat is prevalent in many beers. Aside from being vigilant about the ingredients in beverages, adults managing food allergies must also take care to use caution with alcoholic beverages to ensure that their judgment is not negatively affected and that their ability to make decisions, recognize a reaction, and administer
medication is not impaired. Alcohol can influence how quickly a food allergen is absorbed into the body, resulting in symptoms occurring at a faster pace."

From Whats in Your Beer
Background:
"After a campaign for clear and accurate product labelling that lasted almost 20 years, the federal government announced new labelling rules for food and beverage makers in July, 2008. For the first time, wine, beer and spirit companies would have to list ingredients that are considered the most common allergens like milk, nuts, fish and wheat as well as gluten and sulphites. But just as these
important, potentially life-saving new rules were about to be approved, public opposition from a single powerful lobby group - the beer industry - has put them at risk Every other food and beverage product already has, or will have product labels providing important information for consumers. But this one industry wants special treatment by receiving an exemption from the new rules.
That is not fair!"

Fining agents work on the principle that all of the particles responsible for the clouding or haze in a wine or beer have an electrical charge. As an example gelatin has a positive charge meaning that it can attract negatively charged materials. In binding to the negatively charged materials the combined weight increases resulting in settling to occur. In practice it’s usually necessary to have finings agents of different charges added sequentially to the wine in order remove the materials of various charges contained in the wine."
at 1:31:00 AM