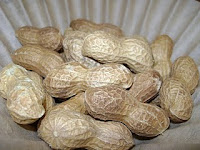 Heather Fraser is our guest author of The History of the Peanut Allergy Epidemic, thanks for doing a guest post.

There has been an “alarming increase in peanut allergies” announced Dr. Scott Sicherer of the Jaffe Food Allergy Institute, Mount Sinai School of Medicine, NY. In just 10 years, the number of peanut and nut allergic US children has soared to 1.6 million. A similar percentage is true for Canada. And in both countries, over 4% of children -- about 300,000 Canadian kids -- are severely food allergic. But the answer to why this epidemic has developed continues to evade the medical community.

But parents cannot wait for doctors to figure it out, they are taking action now to protect their children as well as youth and adults with life threatening anaphylaxis. 6-8% of all Canadians are food allergic, with 600,000 at risk for anaphylaxis.

Canadian parents of food anaphylactic kids are pushing Ottawa for measures to better accommodate their needs and to help educate the public about the condition. Notice of a motion to the federal House of Commons was given on June 7, 2010. Niagara West MP Dean Allison has proposed: “That in the opinion of the House, anaphylaxis is a serious concern for an increasing number of Canadians and the government should take the appropriate measure necessary to ensure these Canadians are able to maintain a high quality of life.”

This motion begs many questions not the least of which is whether allergy is a disability.


US courts, in 1999, confirmed that under the Americans with Disabilities Act schools and day care centres must accommodate an individual's allergy. Currently, the US Dept. of Transportation citing the Air Carrier Access Act acknowledged allergy as a disability and is considering placing a ban on peanuts on aircraft. Already in 2002, the Canadian Transport Agency had ruled that allergy was a disability: “The agency is of the opinion that in making their travel plans, persons with disabilities are entitled to the same certainty that other people enjoy of being able to travel as scheduled." And in 2007, the Ontario Human Rights Tribunal acknowledged peanut/food allergy as a disability in a case of discrimination brought by 6 allergic children against their principal and the York Catholic District School Board. The case of The St. Stephen Six, is still in progress.

Is there hope that this Canadian motion will eventually spin off into laws that will change the insurance industry, food labeling laws, food use in pubic spaces, the pharmaceutical industry? Will Canadians now challenge the World Health Organisation's assertion that refined peanut oil be exempt from labeling in foods? And will its use in vaccine adjuvants now also be labeled? Moral and health concerns are in constant conflict with corporate law that protects proprietary ingredients.

The corporate sector is certainly watching for any challenges to the status quo in Canada and the US. On the heels of Dr. Sicherer's alarming news on the rise of peanut allergy, the US peanut industry with its shrinking youth market had its own announcement. Together with the USDA, they were poised to change the definition of peanut with a new "low allergy" genetically modified peanut.

"Good news for peanut allergy sufferers" says TV's Dr. Oz to his followers on Facebook, this new peanut could save lives. But lead researcher on the peanut project Dr. Ozias-Akins at the U. of Georgia says pointedly that a protein free peanut is "unrealistic". To parents of peanut allergic kids, buying GMO peanut butter would be like buying a bullet-resistant vest (to borrow from Brent Butt).

Industry may argue that peanut is no longer a problem or that food allergy is not a concern for the majority of Canadians. This is not like the national restrictions on cigarette ads, or provincial no-smoking laws to which we have all adjusted. Second hand smoke affects everyone, food allergy does not – do we really need to ban nuts and peanuts from airplanes, buses, and common areas?

But if life threatening food allergy becomes widely defined as a disability, it could soon become politically incorrect or even illegal to treat yourself to a bag of peanuts then wipe your hands on the bus seat in front of you. With 1 in 50 children allergic to this food and 1 in 25 kids with an allergy to any of the Top 8 (peanut, nuts, fish, shellfish, wheat, dairy, soy, eggs) there is an increasing chance that the next child to sit in that seat will have a reaction. A casual touch of the smallest quantity of peanut oil on the lip or eye of a sensitized child will unleash a reaction renown for its swift violence. Rapid swelling disfiguring the face and body, constricting airways, vomiting, diarrhea, and a massive drop in blood pressure resulting in loss of oxygen to the brain and possible death.

It is certainly difficult for anyone used to eating peanuts, to fathom such a scenario but a protective parent knows how easily it can happen.

When schools first began to restrict and then ban peanut products, parents of non-allergic children insisted that their rights had been violated. Eventually, however, more and more schools went peanut free with varying degrees of success given the enormity of the task.

And the implications of this motion before the House of Commons are equally imposing. But the problem of food allergy is not going away and society must accommodate this “alarming” epidemic through increased awareness and even legal reform. There are now about half a million Canadian school aged kids with life threatening food allergies. As these kids grow into adulthood and, in their turn, take up positions in government and industry there is no question that if we don't quite manage to change things now, they will. It's all just a matter of time.

Thank you Heather Fraser for this guest post. Heather is the author of The History of the Peanut Allergy Epidemic If your interested in being a guest blogger, please send me an e-mail


Opinions expressed by this guest poster are not necessarily my views.
source picture of peanuts
at 4:48:00 PM

I am so pleased to see reference here to MP Dean Allison's motion.

Dean is working with a local support group - NASK - on raising awareness on Parliament Hill and with government officials in Ottawa. As a NASK member I am encouraged by his approach.

All of us who are concerned about the government's response to the issues surrounding severe allergies can help.

Go to the NASK website to find out how best to connect with your MP: www.nask.ca

Let's ensure this MP's motion will prompt action from our Federal Government!

Chris is right. POSITIVE change in raising anaphylaxis education and awareness at the Federal level is our goal (like the diabetes or stroke campaigns, recognizing signs and symptoms, more education and training, more consistency in risk-reduction and preventative measures at a NATIONAL level - positive, helpful changes for those that live with severe allergies every day). However, YOUR MP NEEDS TO KNOW if it affects your life and therefore impacts and matters to you. MPs are there to HELP and are more than WILLING to help their constituents. It's all there for us to utilize, and I've learned that it's easy! Bonus, the NASK website conveniently provides your MP contact info and template letters, easy as 1-2-3! Please write your MP using the template and let NASK know you've taken action! Email nask.niagara@gmail.com Together, our collective voices will be heard. Mindi Ferkul, NASK Member More info: http://nask.ca/events.html

Technical correction- obviously my name should have shown up above as I signed my comment. Mindi

Thanks to NASK for making this easy - it took a couple of minutes to use the template letter and address a letter to our MP - and no stamp required.