Milk In Your Inhaler

I am getting over a chest infection, and was prescribed an inhaler. Reading through all the information I found that the inhaler has lactose it it, and that it may contain milk protein.

A few years ago my allergic child was prescribed an inhaler for the first and only time. I asked the doctor if it was milk free, he said yes. I also asked the doctor to write "or dairy free equivalent" on the script but he refused.

I asked the pharmacist he looked it up in his active and inactive ingredients In the Compendium of Pharmaceuticals and Specialties (CPS), In the states its called Physician's Desk Reference, it also said the drug was milk free.

I insisted he also call the company because I read things on line about some inhalers having milk in them, good thing I did, because they said the inhaler had milk in it. I went through the channels and got another inhaler that was milk free. Due to my doctor not writing "or dairy free equivalent", I had to wait for the pharmacist to call the doctor and get permission to get a another drug for my child


Update:The PDR and CPS now BOTH list lactose being in some inhalers.

I read from the Allergy Asthma Information web site this article Milk Proteins and Allergy Medications. It is well worth a read, and doing our own research as well.

Inhalers With milk in Them

All too many drugs contain milk/dairy/lactose and corn in some form is in almost every medication.

Alisa is right. It is crazy. Why is there milk in an inhaler? So strange!

Oh my GOSH! Thank you SO much for this...I immediately got on the phone to our pharmacists to review our meds as my little boy is SEVERELY allergic to milk. Somthing like this could do him in. VERY helpful...saved a life. So annoying to find milk in so many things.

milk or milk protein in inhalers or medications are VERY common, but not in EVERY item. The FDA does not require pharmacies to check for lactose or ANY inactive ingredient, even if you state you have an allergy. You must be your own advocate. Ask to see the white paper that comes with every medication (inactive ingredients are listed usually just below the chemical compound drawing). Refuse any medication that has an allergen in it. If the doctor or pharmacy or insurance company says "oh, just take it, it's just a little bit" ask them if they'd say the same thing to someone who has an anaphylactic response to peanuts? There are other options for almost every medication. Your pharmacy may not have access from their provider, so ask which distributor they use, then go to another pharmacy and ask what distributor they use and if a different one, ask if the can get the medication without lactose/milk . Often children's versions do NOT have lactose/milk in them. You may have to ask the doctor to do a prior authorization with your insurance company. Keep vigilant, keep asking questions of your doctor, of your pharmacy, of your insurance company. Ask that the pharmacy notify you if you have a medication you usually take and they change manufacturers. Google search for the name of the drug, manufacturer and "inactive ingredients" and then look for lactose (i.e. "hydrocodone/APAP watson 5/325", which will come up with lactose under inactive ingredients).

And, as an aside, the US does not require any ingredient in any medication or food, that makes up less than 2% of that product, to have to be listed as anything other than "natural flavors". Natural flavors could be anything from lemon juice, to whey or casein, and even 2% can be enough for someone with an allergy to have a massive reaction.

Be your own best advocate and be VOCAL.

Kaleb please post link to the fda regulations you speak of. I advocate first read packaging then consultant physicians desk reference as well as package insert and call manufacturer. The milk was not listed (at the time, now is) on package insert or in the pdr (physicians desk reference). The post is clear not all inhalers contain lactose/ milk. The pdr is available online as well as physicians and at you pharmacy. Note I'm Canadian but welcome information from other countries. 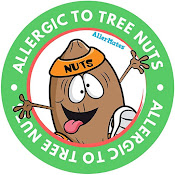